Why won't my LeapFrog Epic tablet power on? Print

The LeapFrog Epic tablet has a "sleep" mode and an "off" mode, it is also possible the battery charge is exhausted.

If the tablet doesn't power up even when pressing and holding the power button for three to five seconds, it is likely the battery is fully discharged.

To check if the battery is charging, or if there is a potential issue with the battery or charger, try the following:

1. Plug the wall charger into a live outlet and connect it to the Epic tablet.

2. With the wall charger connected, press and release the power button on the tablet. The tablet screen should display a charging indicator which looks like this: 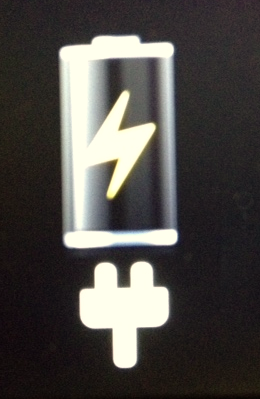 3. If you see the charging indicator, allow the Epic to charge for a few hours, then disconnect from the charger and power the tablet on by pressing and holding the power button for 3 to 5 seconds.

A
Andrew is the author of this solution article.

Did you find it helpful? Yes No

Send feedback
Sorry we couldn't be helpful. Help us improve this article with your feedback.